The study has been a determining element for young Creoles who are established in the European country to create their life projects, according to the research carried out by Chiara Dello Iacono, published in the journal Science and Society of INTEC

SANTO DOMINGO. - The migratory flow of the Dominican woman to Spain has changed. In principle, those who left their homeland to reside in the European country were dedicated to home duties, either from cleaning or I take care of the elderly y children. However, after granting of scholarships to pursue masters in that nation, there is a migratory wave of young people with high human capital seeking knowledge y empowerment.

This was determined by the study "The Dominican future in Spain: high human capital, empowerment and break with traditional schemes", By Chiara Dello-Iacono, Master in Social Service and Social Policies, who attends a PhD in Sociology in the University of Salamanca.

The study, published in the “Science and Society” magazine of Instituto Tecnológico de Santo Domingo (INTEC), notes that migratory cycles they change and with them the people who emigrate, based on their circumstances and life prospects.

“Without a doubt, the process of empowerment and the situation of Dominican women who emigrate to Spain is not only interesting from a sociocultural point of view, but also a phenomenon that represents an opening towards new horizons of knowledge,” says Dello Iacono .

The reasons that move them

The author of the investigation states that the migration Not only is it the core of the changes towards the empowerment process, but it is synonymous with break up with the patriarchal model and macho culture.

"The independence of young Dominican women is not only economic, but a set of elements that once achieved allow us to gain personal independence and peace of mind in a safe social context," he said.

El study, Is the primary reason of the migration of the interviewees, in second place, the family reunification The young women are characterized by their high human capital, most have a title of college and in some cases higher university studies. From the group there are girls who emigrated with scholarships and others that did not have resources and resorted to family loans to travel. 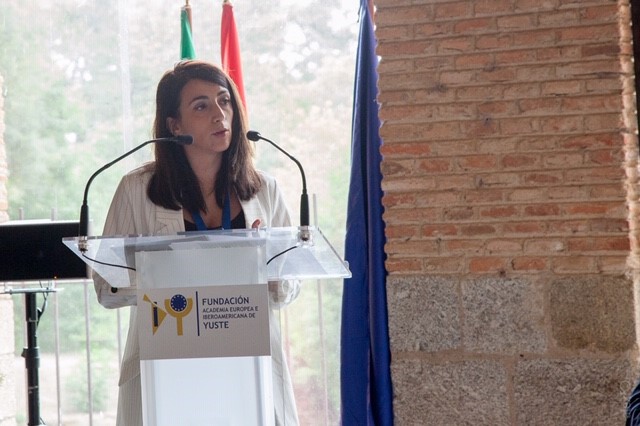 Dello Iacono points out that another determining factor of emigration is the economic independence, which represents the second positive element towards the empowerment. "For a young woman who has already lived and lives behind the shadows of machismo and patriarchy, being economically independent is a victory," he said.

In Spanish society, Dominican women can live, make decisions and seek life as they see fit, without an authority that tells them when, why and how to do it.

“I left my country thanks to a scholarship, they gave me that opportunity and I thought it was great. There I had not had the same opportunity, especially because of the socioeconomic status of my family. Before arriving in Spain, in my country I had difficulties due to the poverty of my family. My parents could not afford the expenses of my studies. I live alone and now I work as an English teacher. I did all the academic training in Spain and I am super happy, ”explained one of the young women interviewed.

According to the report, all the interviewees stressed that life in the Dominican Republic is not easy because of the insecurity of going out after a certain time of night and because of the harassment generated by some clothing. On the other hand, in Spain they enjoy the tranquility of being able to leave alone or return after certain hours. In the research work 18 young people underwent semi-structured interviews and sociodemographic questionnaires. The participants were classified into two age groups, one from 14 to 24 years, and another from 25 to 38 years, of the latter there are three single mothers.

Chiara Dello Iacono has a master's degree in Social Service and Social Policies. He is currently pursuing a Doctorate in Sociology at the University of Salamanca, Spain. His doctoral research topic refers to the processes of immigrants with particular emphasis on the population of Dominicans in Spain.