GO TO THE Virtual Campus

INTEC held the Intellectual Property and Innovation conference, given by Víctor Gómez-Valenzuela, Vice-Rector for Research and Linking of INTEC; Ruth Alexandra Lockward, director of ONAPI and Laura del Castillo, of Competitiveness

SANTO DOMINGO. -The intellectual property and levels of innovation are essential elements for the development of the countries, they considered it Víctor Gómez Valenzuela, Vice Chancellor for Research and Linking Instituto Tecnológico de Santo Domingo (INTEC); Ruth Lockward, director of the National Intellectual Property Office (ONAPI), And Laura del Castillo, Technical Director of the National Council of Competitiveness, by participating in the conference "Intellectual Property and Applied Innovation for Development", Made at INTEC.

Gómez Valenzuela stressed that the percentage of the labor force such as primary, secondary and university education, innovation index and degree of protection of intellectual property, are variables that explain in an 95% the level of income per capita of the economies in their different stages of development.

The academic said that behind it are education systems, scientific and technological capabilities; the power, quality and strength of the universities and, in addition, the interaction of the universities with the productive sectors, through processes of knowledge transfer.

"The difference in productivity and wealth generation is accentuated to the extent that the levels of development in the economies vary, that is, in those high-income economies, the effort in innovation is more intensive with respect to scientific capacities. and technological, "said Gómez Valenzuela.

In rural areas of India, families in charge of a blind minor frequently isolate and deprive him/her of the care and attention they provide to their other children; such situation becomes even more severe among lower-caste families, orphans and if the blind child is a girl. economies under development, as Dominican Republic and other Caribbean, companies they still behave timidly, with respect to intellectual property management. This is due, according to Gómez Valenzuela, to the innovative activity, despite being interesting, is not properly channeled, due to an ignorance of the opportunities in the matter of intellectual property and of the mechanisms of creation of values, through learning processes.

Therefore, Gómez Valenzuela emphasized as necessary stimulate knowledge and use of legislation, create a culture of registration and go to the intellectual property offices to channel that innovation potential.

"It is necessary to create a culture of search, of creativity, of knowing and understanding that the agents that make up the innovation system, such as universities, companies and public agencies, must come together to create a new vision of development that is much more grounded in the use of knowledge and the management of intellectual property, "said Gómez Valenzuela. 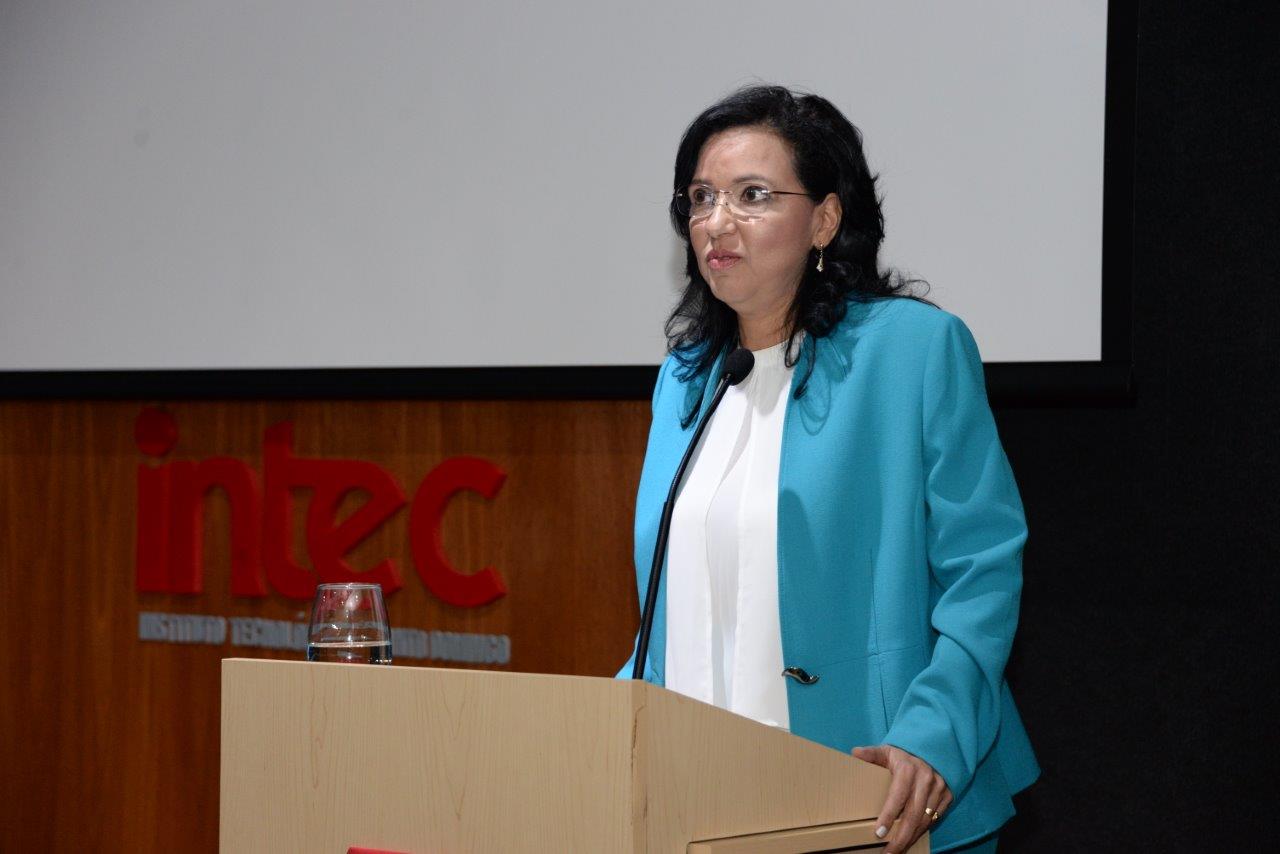 In that sense, Ruth Alexandra Lockward, general director of ONAPI, considered impossible to go from being a middle-income country to making the leap to a developed one without understanding and promoting intellectual property.

"It is important that they integrate patents as part of professional life, no matter how," said Lockward, who emphasized that the protection of industrial property is territorial, which is why markets of interest must be chosen, and that the public domain of Dominican Republic is very broad because of the few records.

The director of ONAPI stressed that intellectual property should be thought of as an umbrella with two large arms; on the one hand, the distinctive signs such as trademarks, trade names, copyright, and on the other hand, inventions, which includes patents and industrial designs.

The executive congratulated INTEC for being the only university that supports industrial design, and stressed that through ONAPI they carry out activities to promote it. In addition, he entertained the academy for being the first to obtain a Dominican university patent. 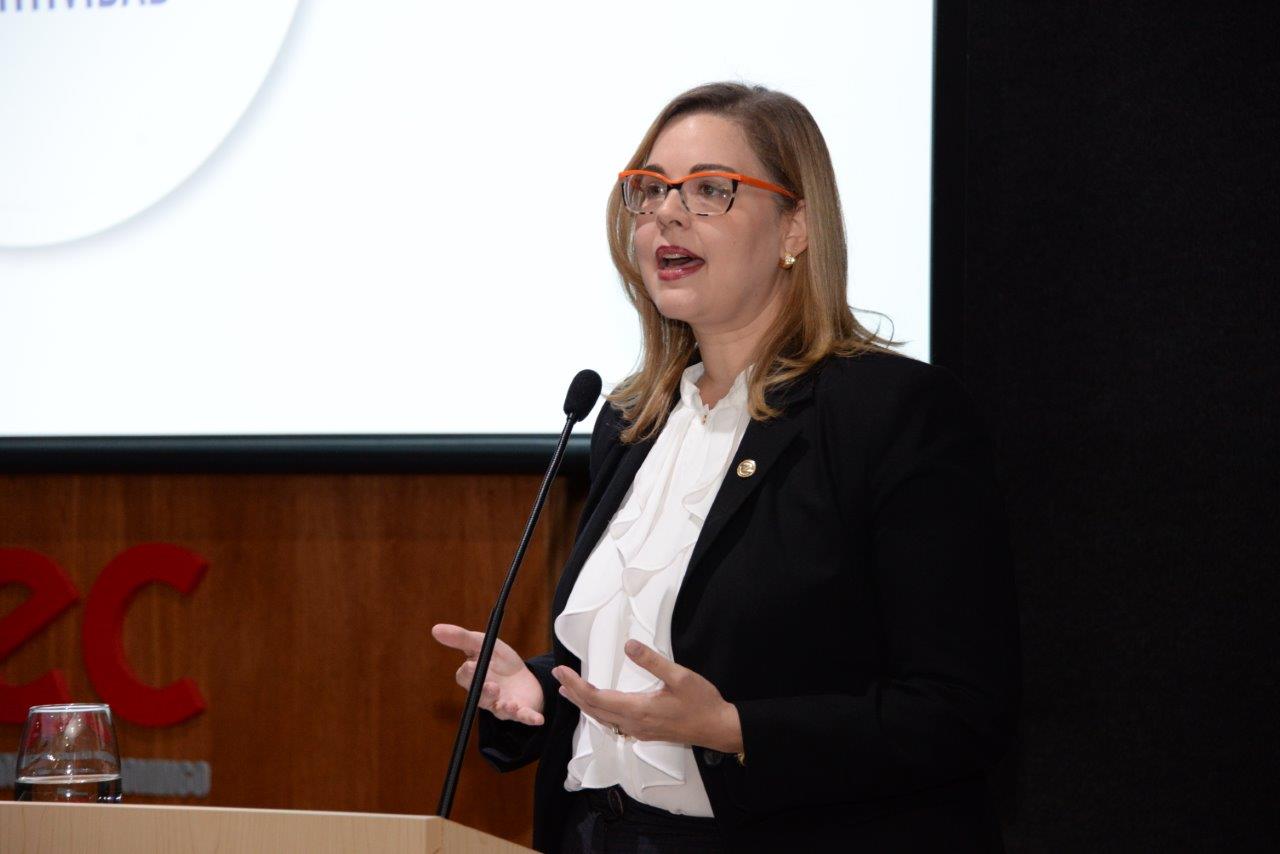 For his part, Laura del Castillo, technical director of the National Competitiveness Council, said that the key to getting on the train of the fourth revolution is in innovation. "Innovation is not just robots and machines, it goes hand in hand with education".

Del Castillo understood that the country has great potential to create jobs and wealth, through the generation and exploitation of intellectual property.

In terms of innovation processes, the Competitiveness executive pointed out that: first, economies should focus on translating innovation investments into results, and second, there is a disparity in regional innovation that hinders economic and human development.

In addition, he emphasized the need to promote investments in energy innovations to avoid an environmental crisis.